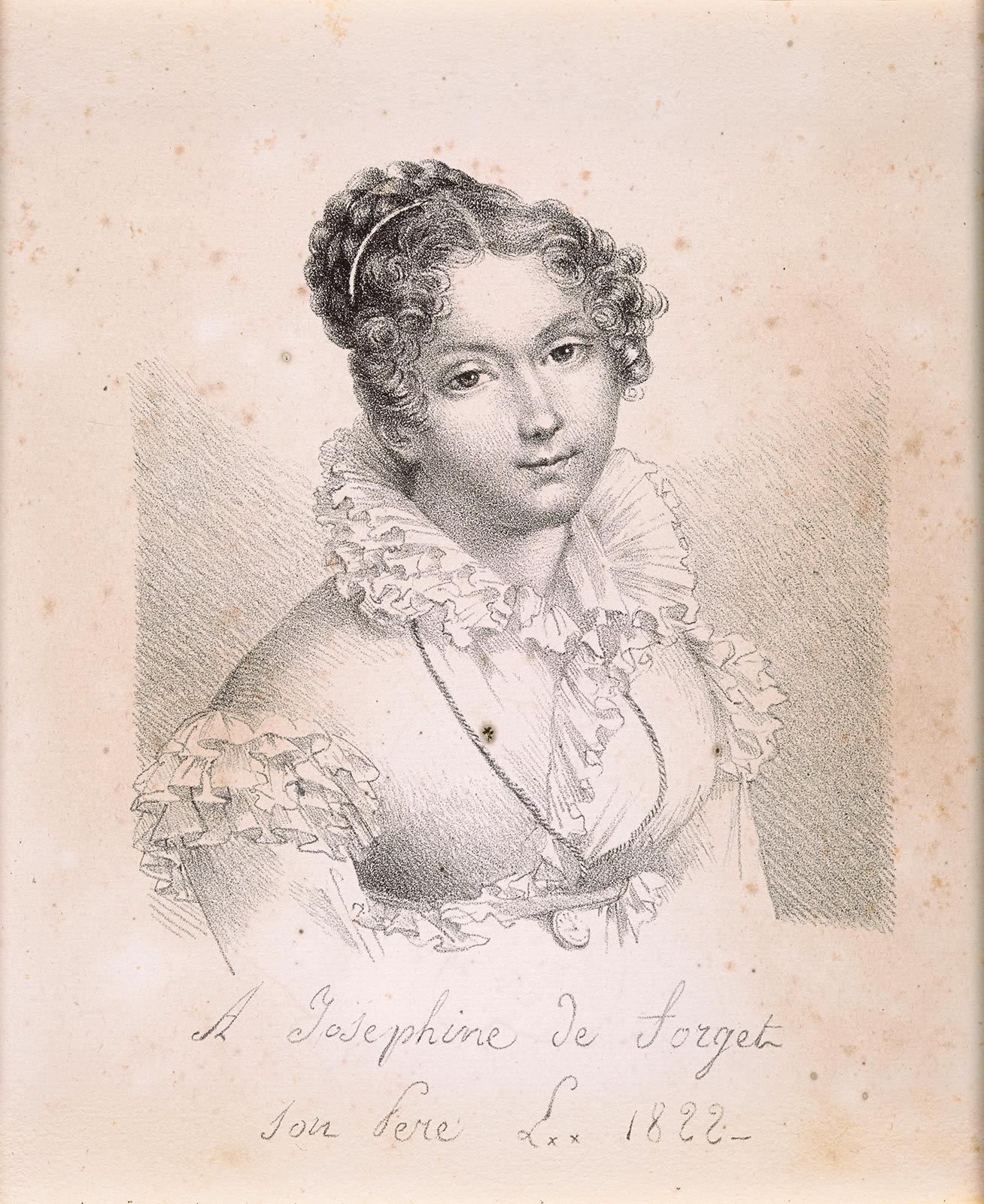 Joséphine was 13 years old when, on December 20, 1815, she took part in helping her father, Count Antoine de Lavalette, escape from imprisonment and a looming death sentence following a failed conspiracy to overthrow Louis XVIII upon hearing of Napoleon’s return during the Hundred Days. Her mother, Emilie de Beauharnais, niece of Empress Joséphine, was incarcerated subsequent to the escape in which she had also taken part, and lost her mind.

This moving portrait of his daughter was drawn by the Count de Lavalette upon his return to France in 1822, when he was pardoned by the king.

In 1817, Joséphine married François-Alexandre, Baron de Forget, from whom she separated in 1830 and who committed suicide in 1836, killing his youngest son as well. In an unpublished letter to her cousin Delacroix, with whom she had an affair that started in 1836, she evokes the anniversary of our happiness, one fine Saturday […] October 15.

Beginning as lovers, and then continuing as lifelong friends, they showed a profound and enduring affection for one another, as is evidenced in the letter Delacroix wrote on August 21, 1859 (Musée Eugène Delacroix): Farewell, dear friend, he said, and I’ll say more, only friend.