Portrait of a Young Man Wearing a Blue Beret 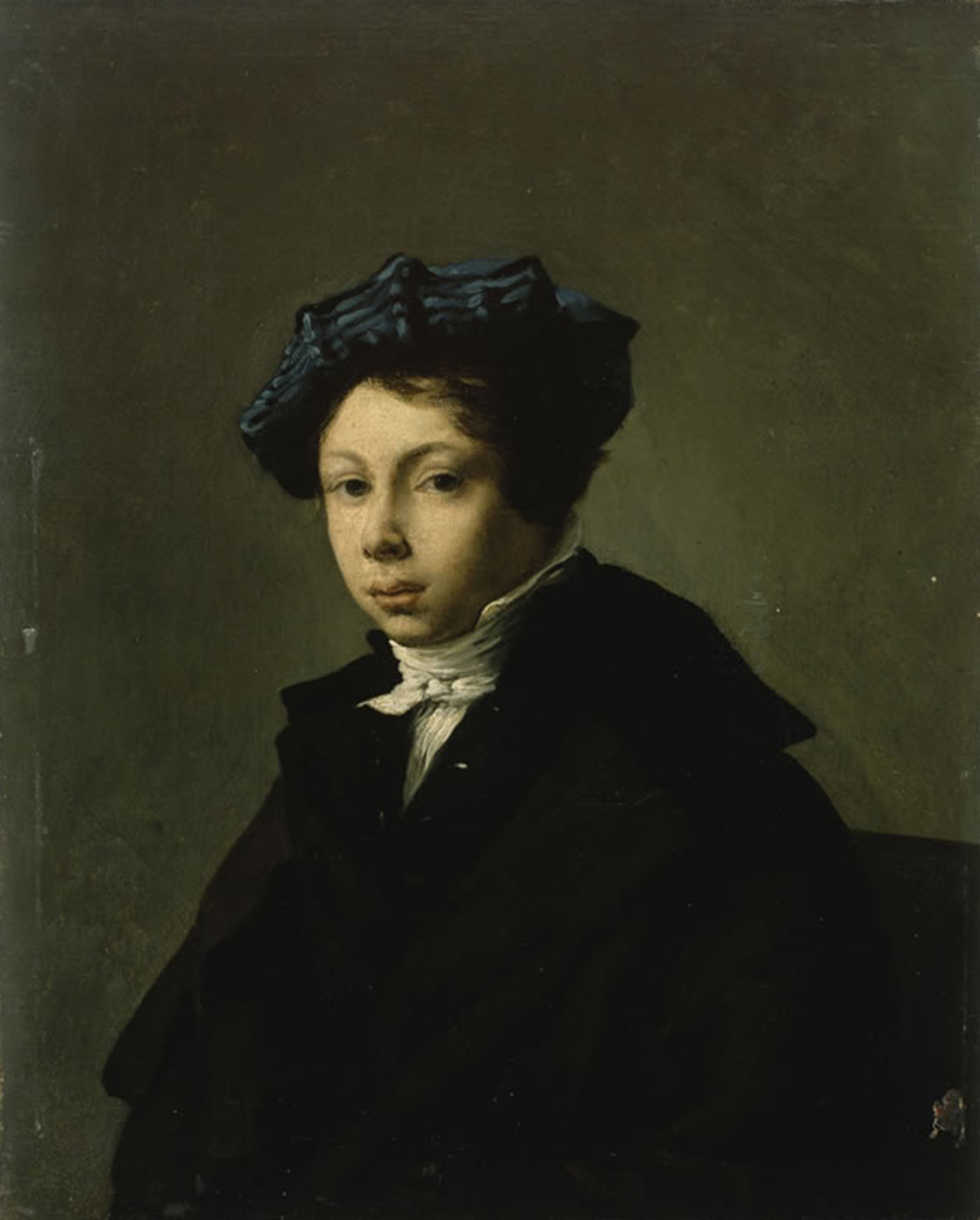 This rather pouty young man in a tam-o’-shanter was long identified as Delacroix’s beloved nephew, the elegant Charles de Verninac (1803–1834). Today, however, it is thought to be Newton Fielding (1799–1856), an English artist with Scottish roots. He, his brother Thales (1793–1837), and Richard Parkes Bonington (1802–1828) were friends of Delacroix and worked with him from 1821 to 1826 on printmaking and watercolor techniques, in which they excelled.

A portrait of Charles de Verninac...

When Delacroix’s work was catalogued by Adolphe Moreau in 1875 and Alfred Robaut in 1885, this delicate portrait was thought to be that of Charles de Verninac, the painter’s beloved nephew and only son of his sister Henriette de Verninac. But the facial features of this portrait bear no resemblance to the three portraits of his young nephew that Delacroix painted around 1819, 1826, and 1829, which show an unmistakable likeness to each other.

...or of Newton Fielding?

Swept up in the Anglomania of the early 1820s, Delacroix forged strong friendships with young British artists living in Paris and talented watercolorists: Bonington and the Fielding brothers—especially the “good” Thales Fielding and his brother Newton.

The model’s tam-o’-shanter could be the clue to the identity of Newton Fielding, who was very proud of his family’s allegedly royal Scottish origins—a subject that led to a dispute with Delacroix, as told by Philippe Burty (Lettres d’Eugène Delacroix, 1878, p. xvii). The Fieldings were no doubt the ones who introduced Delacroix to the Burns poem Tam o’ Shanter.

The technical finesse and charm of this picturesquely dressed young man are very similar to that of Delacroix’s portraits of the students at the Pension Goubaux painted from 1824 to 1830.

Newton stayed in Paris, where he illustrated books for Swiss publisher Jean-François Ostervald. In 1827, he was appointed drawing master to the children of the Duke of Orleans, the future king Louis-Philippe. He exhibited at the Salon and at the Musée Colbert, and specialized in watercolors and gouaches of animal subjects. He went back to Britain in the early 1830s, returning to Paris in 1855 considerably impoverished. Delacroix demonstrated his loyalty to his friend with an act of generosity.I cannot tell you how touched I am by the kindness of my old friends, wrote Newton Fielding in a letter of thanks to the painter on November 29, 1855.