Exhibition Eugène Delacroix, “the most legitimate of Shakespeare’s sons”

A cultured artist, Eugène Delacroix (1798–1863) was also an attentive theatergoer, his curiosity kindled by the issues surrounding the revival of the French stage during the 1820s¬–30s.
New theories about acting, from England in particular, grabbed his attention. He was quick to compare the actor’s skill and tricks with those of the painter. William Shakespeare and his works occupied a particular place in his pictorial art, his drawings and lithographs. In September 1827 he had attended a performance of Hamlet at the Théâtre de l’Odéon. Delacroix found the figure of Hamlet—a tortured, sensitive prince—deeply fascinating. In 1825, aged barely twenty-seven, he painted the scene of Hamlet and his father’s ghost. From the early 1830s onward, he had the idea of devoting a series of lithographs to Hamlet, just as he had illustrated the French translation of Goethe’s Faust in 1827.
The Musée Delacroix is very fortunate in that it holds all of the lithographic stones designed by the painter. To mark the 450th anniversary of the birth of William Shakespeare, commemorated in Paris, the Musée Eugène-Delacroix is to exhibit these rarely displayed lithographic stones, and the lithographs produced from them. The museum’s other Shakespeare-related works will also be on display, including the highly moving Romeo and Juliet at the tomb of the Capulets.
Organized by : Dominique de Font-Reaulx, Musée Eugène-Delacroix 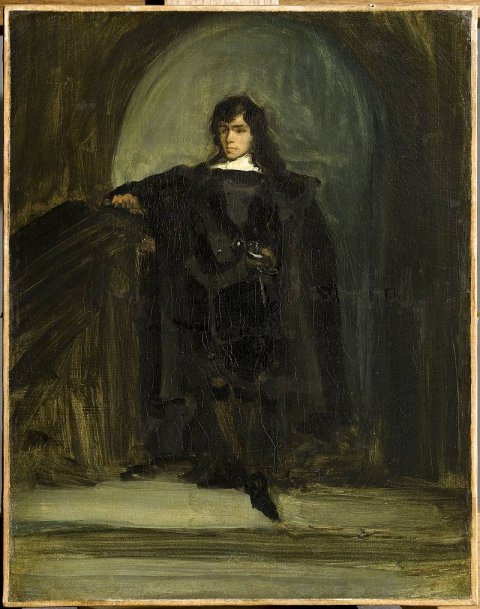 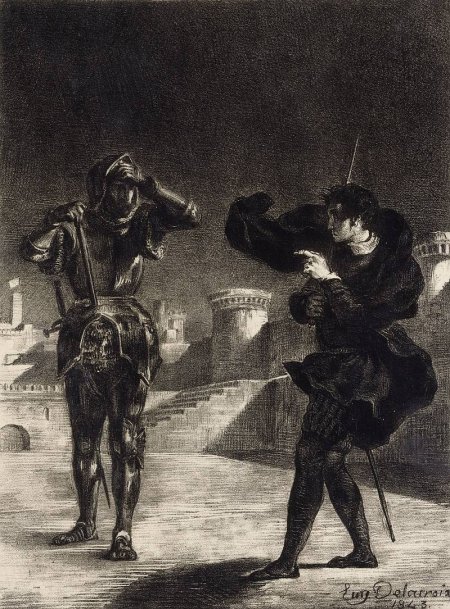