Organized to celebrate the renovation of its garden, this exhibition at the Musée Delacroix brings together for the first time, under the ironic title “Flowers in Winter,” the artist’s major paintings of flowers and his loveliest watercolors on this theme, thanks to loans granted for this occasion by French and foreign museums. As a counterpoint, the exhibition also features works by two contemporary artists, Jean-Michel Othoniel and Johan Creten, thus illustrating the continuing prominence of floral subjects as a source of inspiration, in the nineteenth as in the twenty-first century, for three creative trailblazers very much of their time.

This exhibition is organized by the Musée national Eugène Delacroix. Kinoshita Holdings Co., Ltd. is the proud sponsor of both the exhibition and the garden renovation project.

Although he is best known for his works on themes drawn from his love of literature, historical events, or his fascination for Arab themes and Orientalism, Eugène Delacroix did not neglect this traditional genre, which allowed him to experiment with the dilution of form in an explosion of color. While his major paintings on floral subjects date from the last fifteen years of his life, throughout his career Delacroix took to sketching flowers in his notebooks and mentioned them occasionally in his journal, as during his trip to Morocco in 1832, where he was struck by the “countless flowers of a thousand species creating a dazzling, multi-hued tapestry.”

A frequent guest of George Sand at her château in Nohant, renowned for its lovely gardens, Delacroix painted one of his most uninhibited bouquets for the writer (Österreichische Galerie Belvedere, Vienna) and later acquired a house in the village of Champrosay to relax amid the tranquility of his own garden. The artist also chose to move into the apartment on the Rue de Furstenberg in 1857 precisely because it offered access to a private garden.

The exhibition thus pays tribute to a theme that would long preoccupy all later shapers of modernity, from Courbet to Monet or Cézanne, who himself owned a magnificent watercolor of a bouquet of flowers by Delacroix. In parallel, the exhibition offers visitors an opportunity to explore works resonating with this same theme by two present-day creators: Jean-Michel Othoniel, well known for his Kiosque des Noctambules, a canopy at the entrance to the Palais-Royal Metro station in Paris, and the ceramic sculptor Johan Creten, whose recent works produced while an artist in residence at the Manufacture nationale de Sèvres, the renowned French porcelain factory, have brought him wide acclaim. Flowers are a vital element behind the creative approaches of both of these contemporary artists, who have responded to the museum’s invitation by presenting a number of works, many of which have never been exhibited before. Whether in glass, bronze, porcelain or paper, these creations are far from mere transcriptions based on works by Delacroix but, without exception, they reaffirm nature as an enduring and unending source of inspiration for artists.

An aspect of Delacroix’s oeuvre often considered as merely tied to specific circumstances, floral subjects hold an important place in the artist’s creative output, due to his extreme sensitivity to the forces of nature and the question of their relationship with humankind. Therefore, against all expectations, in the wake of the social and political unrest brought on by the Revolution of 1848, Delacroix retreated to his country house in Champrosay to prepare his contribution to the Salon to be held the following year, consisting exclusively of floral subjects, with the idea of presenting five large canvases depicting bouquets. In a letter to Constant Dutilleux, he suggests that he “sought to capture fragments of nature just as they appear in gardens, simply by bringing together in the same setting and in a rather opportune manner the great variety and profusion of flowers.”

In fact, these compositions are guided by a sense of decoration far beyond this statement of principle, greatly influenced by Grand Siècle traditions. In the end, Delacroix sent four works to the 1849 Salon. Unsatisfied with their appearance once hung, he withdrew two of them, now lost. The fifth was not finished in time to be included (Musée Ingres, Montauban). His Basket of Flowers Overturned in a Park, one of the two works shown at the Salon, now in the collections of the Metropolitan Museum of Art in New York, is startling in its turbulence and vibrancy, and stranger than it may seem at first glance. The ominously entwining arch of morning glories, also seen in a pastel study for this painting owned by the same museum, is particularly striking in this regard.

His penchant for metamorphosis drawing him above all to materials with changeable properties, Jean-Michel Othoniel (French, born in 1964) first gained recognition in 1992 with a series of small wax and sulfur sculptures exhibited at Documenta IX in Kassel. Othoniel turned to glass the following year, which would soon become the artist’s favorite material. His approach to creation is multifaceted and layered, producing works that appear abstract from a distance, but on closer examination reveal their poetic force, often laden with sexual and erotic undertones. In 2003, Othoniel conceived an exhibition called “Crystal Palace,” which was shown at the Fondation Cartier in Paris and at the Museum of Contemporary Art (MOCA) in North Miami, for which he enlisted teams of craftspeople to make sculptures in blown glass, with the aim of re-enchanting the world. Inventor of a universe of ultimate freedom, Othoniel presented his first retrospective, entitled “My Way,” at the Centre Pompidou in 2011, which has subsequently traveled to Plateau at the Samsung Museum of Art in Seoul, the Hara Museum in Tokyo, the Macau Museum of Art in Macau, before reaching its final venue, the Brooklyn Museum in Brooklyn, New York, where it remains on view until December 2, 2012. At the Musée Delacroix, the artist presents his Herbier Merveilleux: two watercolors and two sculptures resonating with works on floral subjects by the nineteenth-century painter. Othoniel and the landscape gardener Louis Benech have been selected to redesign the bosquet, or thicket of trees, surrounding the open-air Théâtre d’Eau at the palace of Versailles, a project due to be completed in 2014.

Born in 1963, the Belgian sculptor Johan Creten is known for his many creations in ceramic and bronze exploring the themes of the female body, sensuality and the natural element. His work emerges from a dialogue between art, history and literature. After completing studies in fine arts, Creten’s passion for ceramics and his desire to assert this medium’s rightful place in today’s artistic creations prompted him to travel the world. A true pioneer, together with Lucio Fontana and Thomas Schütte he worked to promote a revival of interest for ceramics in contemporary art and organized his first solo exhibitions quite early in his career: Villa Arson, Nice in 1994 and Musée d’art moderne et contemporain (Mamco) in Geneva in 1998. He has since been appointed an artist in residence on several occasions, notably at the Manufacture nationale de Sèvres (2004–2007). Works by Johan Creten were included in the 2005 edition of “Counterpoint” at the Louvre. Recently, his work has been featured in the exhibition “Animal Beauty” at the Grand Palais in 2012 and a personal retrospective has just opened at the Museum Dhondt-Dhaenens in Deurle, Belgium (on view until January 13, 2013). At the Musée Delacroix, Creten unveils a new grouping of monumental bronze and earthenware sculptures expressing the erotic essence of flowers, including busts of women in the Odore di Femmina and Génie series as well as wall-mounted works in the Wallflowers series.

Coinciding with this exhibition at the Musée Delacroix, Galerie Perrotin in Paris hosts its own exhibitions of works by Jean-Michel Othoniel and Johan Creten (January 12–March 2, 2013), bringing together works created especially for this occasion.

Introduction to the exhibition

In the auditorium at the Musée du Louvre,
January 31, 2013 at 12:30 p.m.
by Christophe Leribault, Director, Petit Palais, with the participation of Jean-Michel Othoniel and Johan Creten. 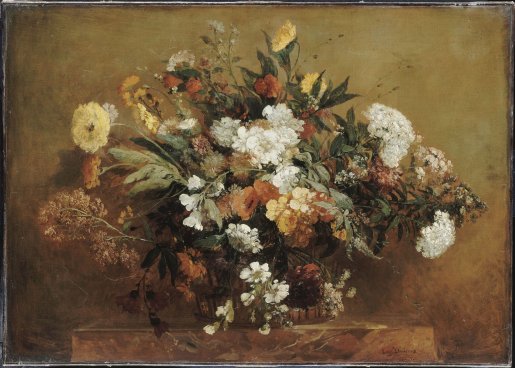 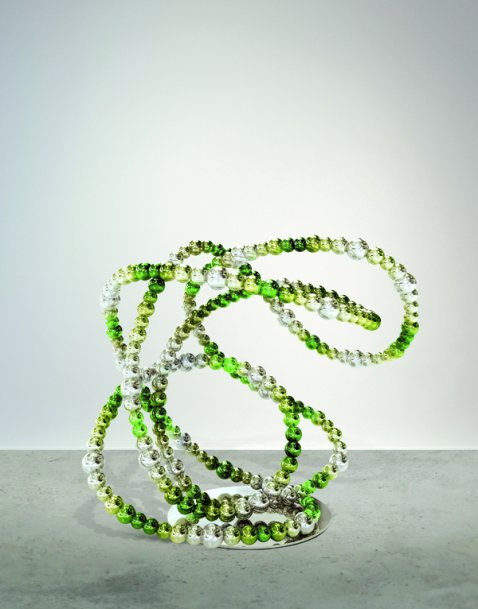 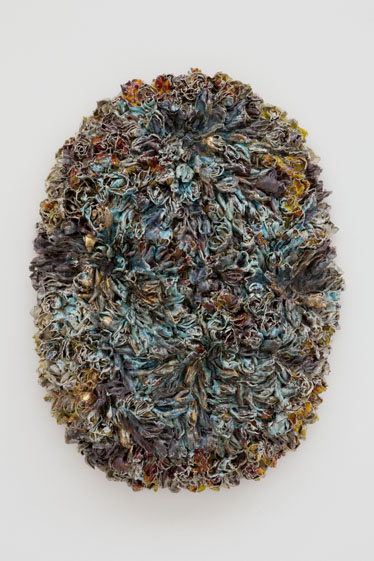