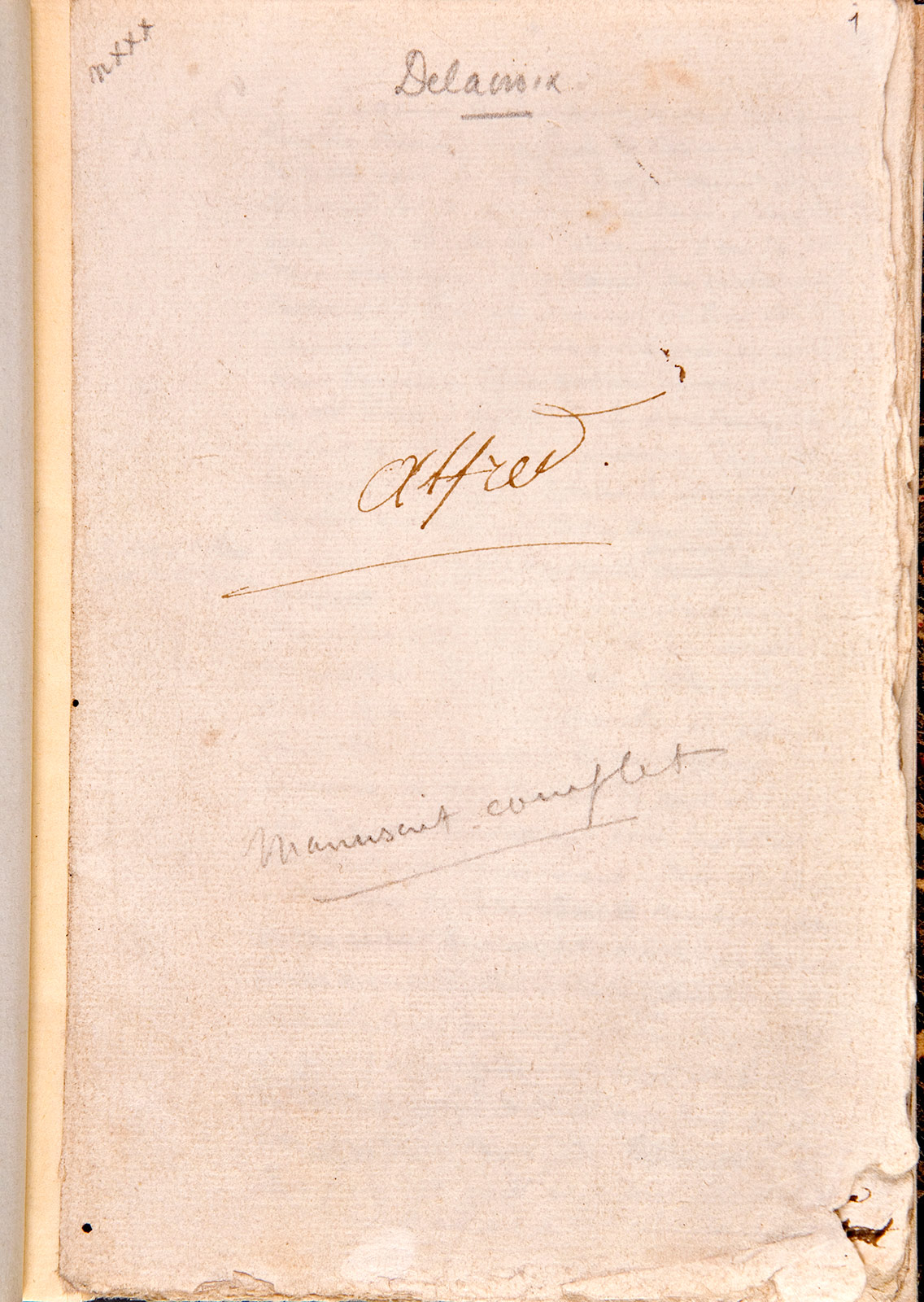 A little persistence is needed, but once the wheels start turning, I find it just as easy to write as to paint and, strange to say, I have less need to revisit what I did.

So wrote Delacroix of his love of writing in his Journal on July 21, 1850.

At a very young age—barely sixteen or seventeen—he tried his hand at literary creation. Alfred, a long fictional story, inspired by the British Gothic novel, is the result.

Sources of inspiration for Alfred

The time the young Delacroix spent with his Bataille cousins at Valmont Abbey between 1813 and 1817 is likely what inspired him to write Alfred, a medieval tale of betrayal and thwarted love that takes place in England during the reign of William the Conqueror. Delacroix had perhaps read the book by Abbé Prévost, History of William the Conqueror, Duke of Normandy and King of England, published in 1742.

The tragic story of Alfred

Alfred tells the tragic story of an English baron in medieval times, an exoticism at the time. The rich Count of Burtmann, believing himself near death after a battle with the French, follows the counsel of his treacherous chaplain Harold and agrees to offer to God his only son and heir, Alfred, should his wound heal. The charming Alfred loves Amélie, the daughter of a neighboring chatelain, but understands when his beloved father returns that he will be torn away from her. The baron’s dramatic hesitations, the son’s internal torment, and upsurges of hope follow one after the other as they lead to the tragic demise of both father and son.

As a young man, Delacroix hesitated between a career as a man of letters or a painter. I should like to be a poet! But at least create with painting, he wrote in his Journal on May 11, 1824. Fervent letter writer, diarist, art critic, even novelist and poet in his youth, Delacroix demonstrated equal talent with pen and brush. Writing, like drawing, allowed him to keep his train of thoughts and analyze them; the inner dialogue it made possible endured until the end of his life. The great artist modeled his writing after painter-poet Michelangelo and Michel de Montaigne, an essayist and brilliant analyst of the human soul.

The Writings of Delacroix