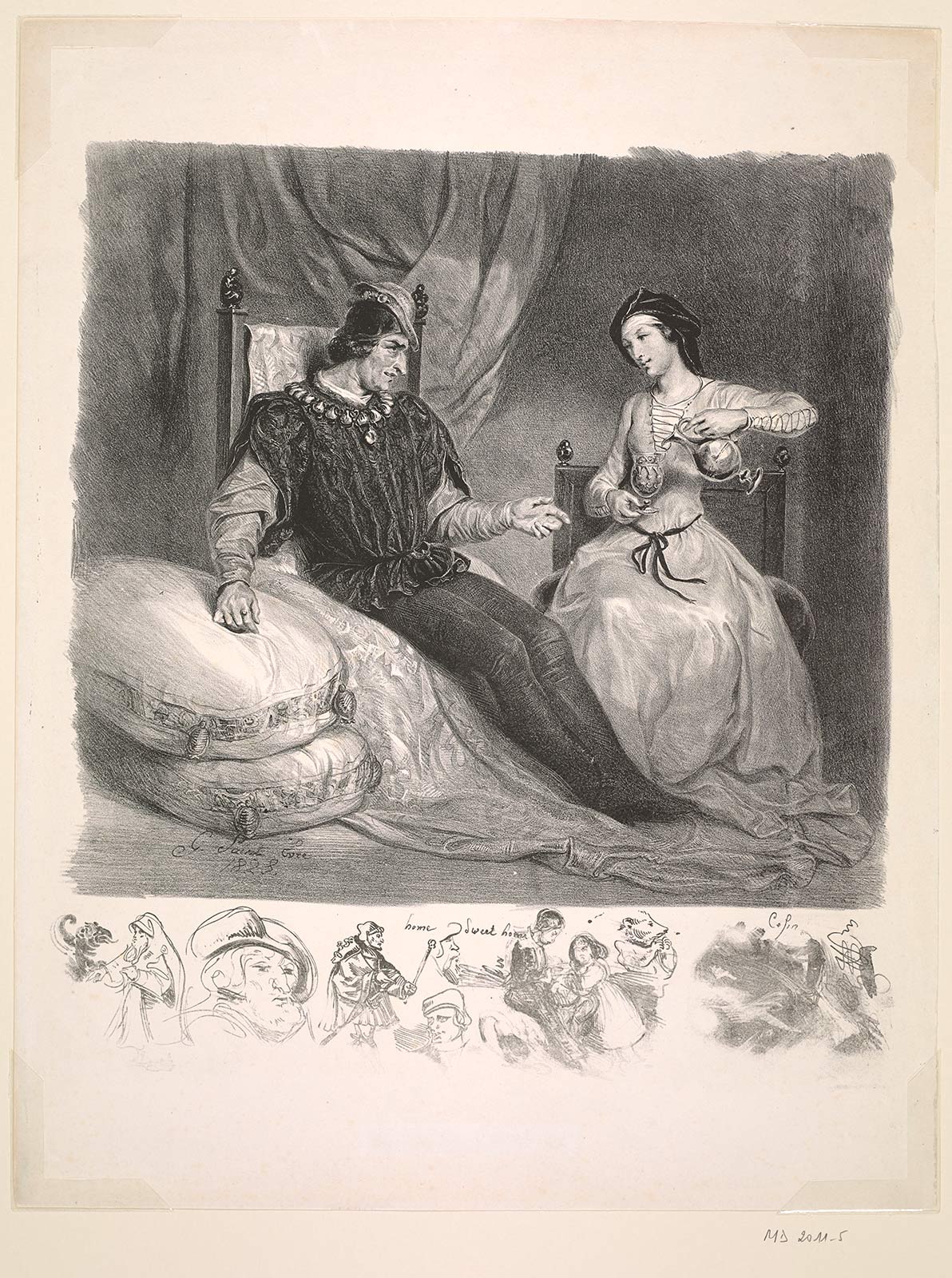 Forgotten early Romantic painter and illustrator Gillot Saint-Evre is represented in the Louvre by a rather large painting acquired at the 1833 Salon, Joan of Arc, in the presence of Charles VII, answers questions from churchmen about her visions and revelations.

The artist draws on the same medieval vein in this large lithograph inspired by Walter Scott’s popular novel Quentin Durward, about a Scottish archer in the service of the French king Louis XI, who falls in love with Isabelle de Croye, a countess from Burgundy.

The rare proofs of this unpublished image all bear curious sketches in the lower margin. Delacroix worked in the same way, at exactly the same time, in the margins of The Combat of the Giaour (1827) and the images of Faust (1827-1828), though we don’t know which of the two had the idea first.