Sketch for the “Virgin of the Sacred Heart” 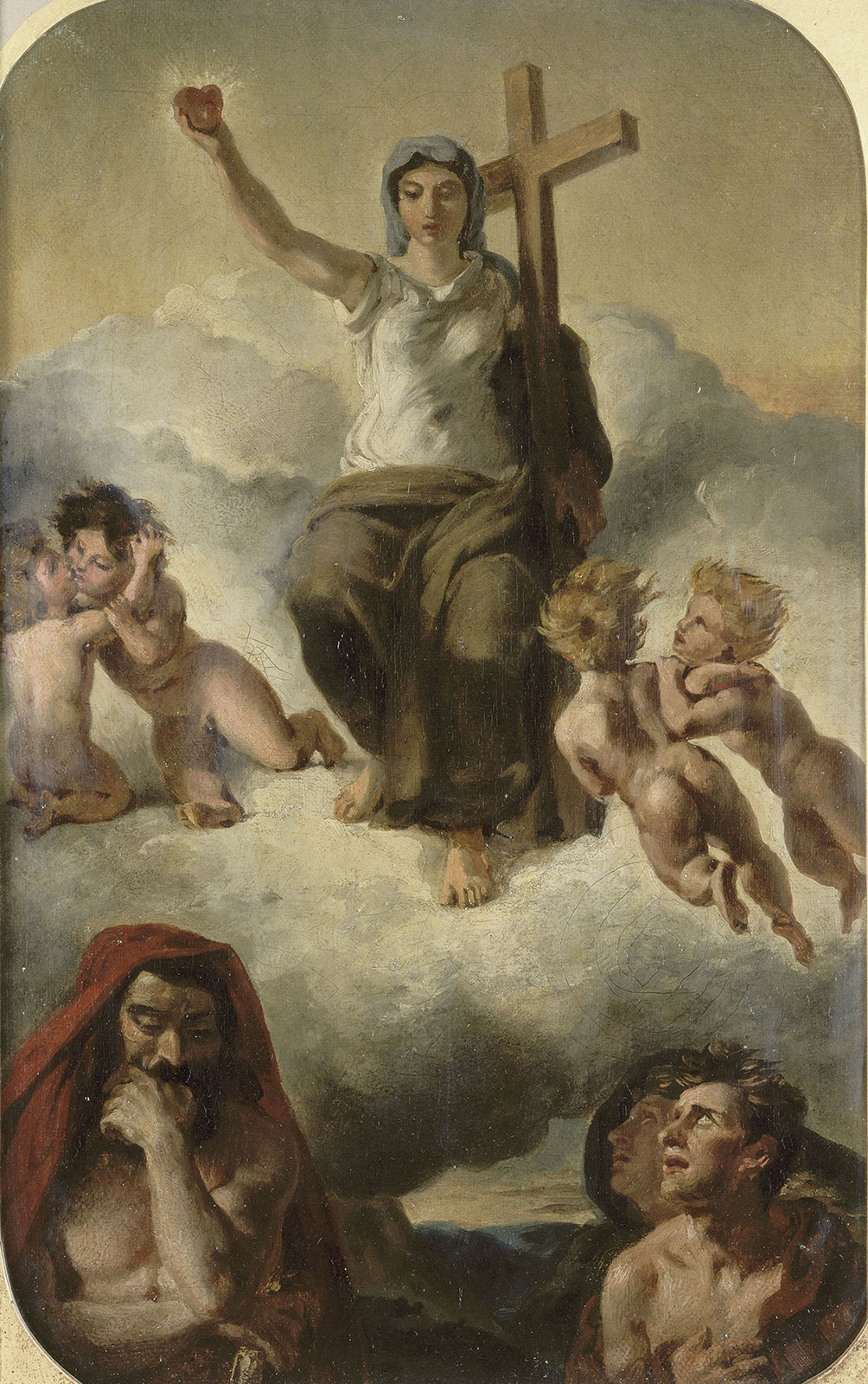 I have just received a commission [...] It is a painting for a bishop in Nantes [...] to whom [...] painted studies and sketches are to be submitted, wrote Eugène Delacroix to his sister Henriette de Verninac on July 28, 1820. Initially, the painter Géricault was commissioned for this large painting representing the Devotion to the Sacred Heart of Jesus and Mary, but he secretly passed it on to Delacroix who produced this little sketch in 1821. Its composition closely resembles that of the finished painting, which was finally hung in the Ajaccio Cathedral

The intrigues of a commission

On December 31, 1819, Géricault received a commission from the Director of Museums for a painting on the theme of the Virgin of the Sacred Heart. Géricault, who probably had little enthusiasm for the subject, secretly entrusted the work to Delacroix, but retained his right to sign it. Completed in late 1821, the painting was originally intended for the Nantes Cathedral, but the religious authorities rejected it. It was then sent in 1827 to the Ajaccio Cathedral under Géricault’s name. The hoax was revealed in 1842 in an article by L. Batissier in the Revue du XIXème siècle, but the exact location of the painting was not known until 1930.

“I am feeling my way”

Delacroix set to work in July 1820, and the difficulties he encountered in terms of inspiration and composition are reflected in his letters. The idea of this painting I have to do haunts me like a ghost. [...] Everything I have tried so far has been hopeless, he admitted to his friend Pierret on October 20, 1820. Nineteen sheets for a painting of the Sacred Heart in Nantes are listed at no. 303 in the catalogue of Delacroix’s posthumous sale (1864). The Musée du Louvre owns several studies and the Musée Delacroix has two small watercolors and a drawing, all of which testify to the painter’s painstaking research.

The small sketch in the Musée Delacroix shows a composition reminiscent of Géricault’s monumental style, differing only in size from the painting in the Ajaccio Cathedral. Delacroix evidently endeavored to imitate his friend’s technique, which is also suggested by the palette of ochers, browns, blues, and dark reds.

Following after the Virgin of the Harvest (church of Orcemont), the Virgin of the Sacred Heart marks the beginning of a long series of religious works that culminated with the majestic mural paintings in Saint-Sulpice.